Let our Antarctica Travel Specialists introduce you to a truly magical place and the last true wilderness on earth.  See an abundance of wildlife, breath-taking scenery, and experience solitude like nowhere else on the globe. Small zodiac boats take travellers to visit shore sites ideal for seeing the wildlife, like penguins, seals and seabirds. When cruising, the main ship allows you to scan the horizon for whales, seals and seabirds. A visit to Antarctica is an amazing experience and will leave you wanting to see more of this unspoiled wilderness.

Antarctic wildlife is at its most active during the southern summer (October to March). Each voyage is unique, offering amazing wildlife encounters and fascinating history no matter what month you decide to travel.

Earlier on in the season showcases a number of highlights. Sea ice is prevalent, especially on the east side of the Antarctic Peninsula. The Adelie, Chinstrap and Gentoo adult penguins and Antarctic-breeding seabirds come ashore to their breeding sites where they commence courtship rituals and nest building. Shortly thereafter eggs are laid and incubated. Landing sites are at their most pristine. The possibility of seeing sea ice is present early on, before it breaks up later in the season. South Georgia's female king penguins lay their eggs in November. An abundance of fur seals are on the beaches in South Georgia ready to mate. Emperor penguins can be seen at Snow Hill Island in the Weddell Sea.

At the peak of summer, with increased number of daylight hours, brings exceptional opportunities for photographers and non-photographers alike. Research activity at the scientific bases is also at its peak. Summer arrives first in the Falkland Islands and South Georgia and then spreads to the South Shetland islands and Antarctic Peninsula. Consequently breeding rituals commence and some 30 days later the penguin chicks begin hatching and the rookeries are a hive of activity. An exciting time in the season is when the parents return with food and hungry chicks are being fed, running after a parent in a feeding frenzy. Whale sightings of baleen and toothed whales escalate in the Peninsula area. Seal pups can be seen on the beaches in South Georgia. In the Ross Sea, the sea ice is beginning to break up starting to allow access to the rarely visited sites of the East Antarctic and the historic huts of Shackleton and Scott.

Sightings of whales are at their peak in the Peninsular. An increasing number of fur seals can be found along the Peninsular and offshore islands. Young fur seals are also quite playful in South Georgia. Penguin colonies are very active. The penguin chicks begin to molt, losing their fuzzy down and developing plumage. By now, the parents have abandoned their chicks, and have gone out to sea to feed and fatten up for their own molting stage. Most penguin colonies (Adelie, Chinstrap and Gentoo) have vacated by early March. Blooming snow algae is prevalent. Receding pack ice allows for easier exploration. 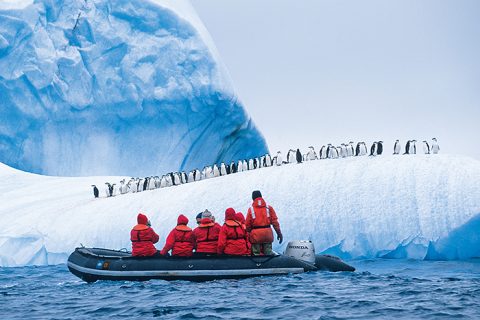 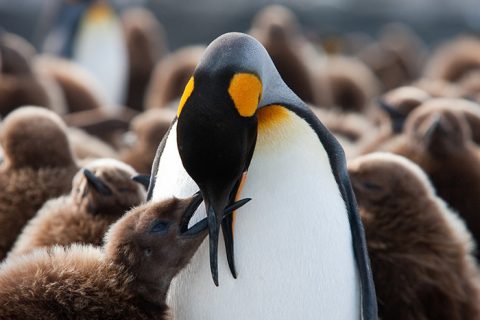 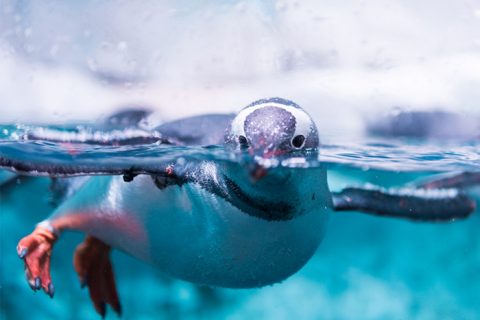 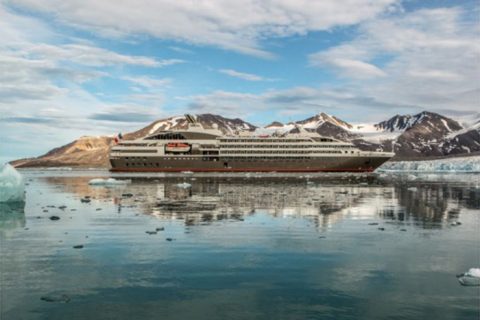 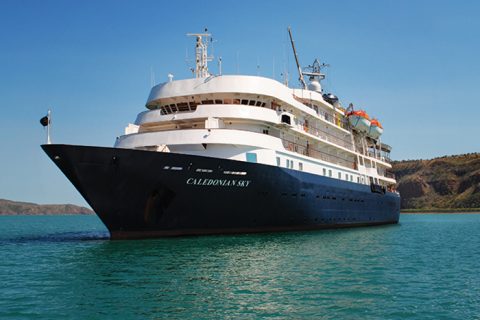